Cy-Fair HS held a contest to determine who would participate in the ALS Ice Bucket Challenge. Students and staff voted by making donations in support of their favorite teacher or administrator. The contest, organized by the BCTV Club, collected more than $500 in donations for the ALS Association.

At the pep rally on Aug. 29, principal Mike Smith and associate principal Candace McCown were each drenched with a bucket of ice water in front of the student body. 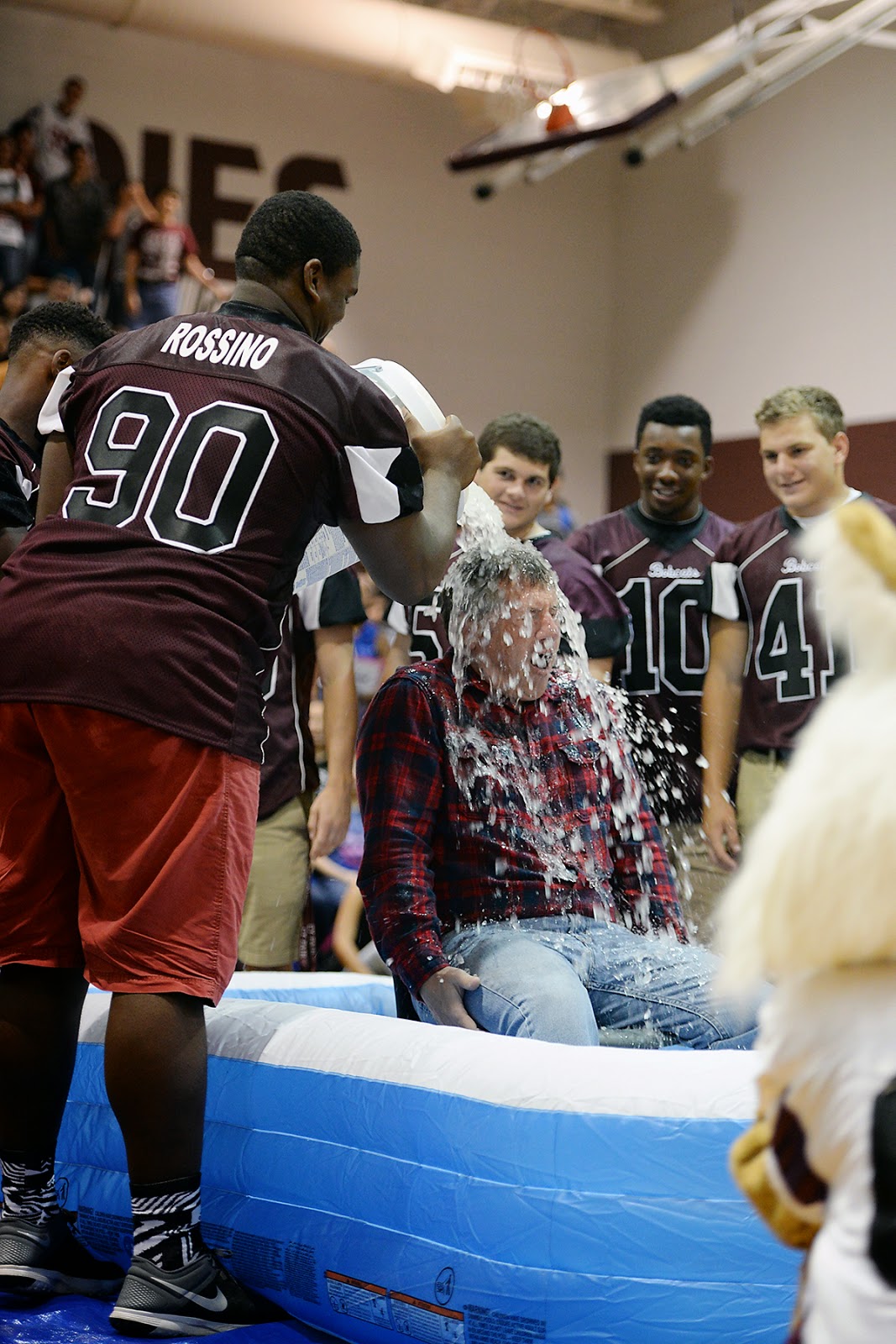 Joining in the pep rally was Diane Bennett, who was diagnosed with ALS two years ago. She has represented the ALS Association before Congress and at an Astros game. Diane is the mother of two Cy-Fair HS Alumni, Julie Bennett Ko, class of 2001, and Mary Bennett, class of 2004.  The Bennett sisters, who came from Indiana to be with their mother at the pep rally, were also accompanied by their father, Michael Bennett.

Edit 9/15/14: Watch a video about this event on the CFTV YouTube channel.